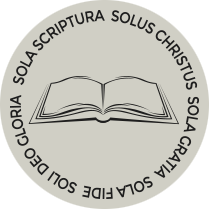 About The Saints Chapel

Jesus said whoever wants to be my disciple must deny themselves and take up their cross and follow me (Matthew 16:24)

We are here to serve God by serving you! We seek to Glorify God in all that we do (I Corinthians 10:31). We make it our aim in all areas of life to be well pleasing to God. Therefore we seek to be Christlike through the understanding and application of The Word of God.

Away with Legalism! - There is no place in God's grace for a system of rules and regulations for achieving salvation and spiritual growth. According to Romans 14 we are to be gracious to one another and receive those who are weak in the faith without passing judgments on disputable matters. See also Colossians 2:20-23

Away with appealing for money! - Tithing today is overemphasized and is an Old Testament concept. New Testament saints are to give joyfully and cheerfully without any pressure from anyone in the church. We encourage you to trust God and be led by His Spirit to contribute to the ministry. Giving is directly tied to the attitude of your heart for God and gratitude to Him for who He is and what He has done in accomplishing our salvation on Calvary's Cross. Your worship to God in giving is strictly between you and your relationship with God and should only be influenced by the Holy Spirit. Therefore NO OFFERING WILL BE TAKEN UP during our services. Donations are graciously accepted.

How may we serve you? Let us know here.

Now the Berean Jews were of more noble character than those in Thessalonica, for they received the message with great eagerness and examined the Scriptures every day to see if what Paul said was true (Act 17:11)

Please note: There are many doctrines in the bible that we proclaim and teach but here are just a few to let you know our attitude toward the Word of God and how we view The Scriptures.

We teach that The Bible is accurate, The Absolute Truth, totally free of errors and mistakes. According to 2 Timothy 3:16 and 2 Peter 1:21 God breathed His Words into men and they spoke and wrote as they were moved by His Spirit and as result we have The Bible. Therefore The Bible is fully trustworthy, without deception and is the expression of God's will to His saints telling us what we are to believe and how we are to conduct ourselves.

Basically we teach the Bible, every page, every phrase and every word from Genesis 1:1 to Revelation 22:21. This refers to the Bible in the Masoretic Hebrew Text (O.T.) and the Greek Text (N.T.), which are copies of the original autographs. Reliable Translations that I primarily use are the New King James Version and the New American Standard Bible. I reference other translations such as the New International Version, the New Revised Standard Version, the Revised Standard Version, the American Standard Version and others. But the Hebrew and Greek texts override any translations when it comes to what we believe about God and what He has said in His Word. For the most part we interpret the bible literally, that is taking what God has said in itâ€™s normal meaning leaving room for poetry, symbols, figures of Speech, metaphors and so on.

The Absolute Sovereignty of God and the responsibility of man.

Though God IS NOT the author of sin, we believe the bible clearly teaches that He has determined all things, control all things and works all things according to the counsel of His own will. That although He is completely sovereign over the universe and all that is in the universe including man, man is still responsible to God and will be held accountable for his/her actions.

Salvation Only Through Christ

We teach that, owing to universal death through sin, no one can enter the kingdom of God unless born again; and that no degree of reformation however great, no attainment in morality however high, no culture however attractive, no baptism or other ordinance however administered, can help the sinner to take even one step toward heaven; but a new nature imparted from above, a new life implanted by the Holy Spirit through the Word, is absolutely essential to salvation, and only those thus saved are sons of God. (John 1:12; 3:16; Rom. 1:16-17; 3:22; Gal. 3:22)

The Extent Of Salvation

Though the saved one may have occasion to grow in the realization of his blessings and to know a fuller measure of divine power through the yielding of his life more fully to God, he is, as soon as he is saved, in possession of every spiritual blessing and absolutely complete in Christ, and is therefore, in no way required by God to seek a so-called "second blessing," "second work of grace," or a "second baptism." (1 Cor. 3:21-23; Eph. 1:3; Col. 2:10; 1 John 4:17; 5:11-12)

We teach God keeps eternally all those He has elected and called to salvation and that none are lost. God will, however, chasten and correct His own in infinite love; but having undertaken to save them and keep them forever, apart from all human merit, He, who cannot fail, will in the end present every one faultless in Christ, and on His merits, before the presence of His glory and conformed to the image of His Son. (John 5:24; 10:28; 13:1; Eph. 1:3-17; 1 John 5:13) We teach that believers can have eternal assurance that they are the children of God and thus, are eternally kept. This assurance gives confidence and helps the believer grow in inner peace and maturity. (Rom. 8:29; Eph. 1:3-17)

We teach that the Holy Spirit, the Third Person of the Trinity, though omnipresent from all eternity, took up His abode in the world in a special sense on the day of Pentecost according to the divine promise, dwells in every believer, and by His baptism unites all to Christ in one body, and that He, as the indwelling One, is the source of all power and all acceptable worship and service. (John 14:16-17; 16:7-15; 1 Cor. 6:19; Eph. 2:22; 2. Thess. 2:7)

We teach that the next great event in the fulfillment of prophecy will be the coming of the Lord in the air to receive to Himself into heaven both His own who are alive and remain unto His coming, and also all who have fallen asleep in Jesus, and that this event is the blessed hope set before us in the Scripture, and for this we should be constantly looking. (John 14:1-3; 1 Cor. 15:51-52; 1 Thess. 4:13-18; Titus 2:11-14)

The Apostasy Of The Church

Without designating a specific time table, the Apostle Paul warns of a "falling away" from the faith (2 Tim 4:1) that will lead to a heeding of deceitful spirits and the teachings of demons (I Tim 4:2) Paul simply says it will occur in the "later times" and produce hypocrisy and a searing of the conscience. This apostasy will be religious and moral in nature (II Tim 3:1-7) and will happen prior to the rapture of the Church and before the revelation of the son of destruction, the Antichrist (II Thess. 2:1-5). Paul further teaches that the seeds of apostasy are present in the Church but they will also completely mature in the last days, which he describes as "difficult times" (II Tim. 3:1).

The Apostle Peter continues the theme of the apostasy that will come upon the Church in the future (II Pet. 2:1-2), that is, during the "last days" (II Pet. 3:3) when men will be mockers asking "Where is the promise of His coming?" (II Pet. 3:4).

Some argue, as is true, that the apostasy is ever-present and not simply a future departure from the Word of God. Yet, the Bible still predicts a future religious phenomenon whereby the truth is maligned and the righteous will be exploited by greed and false words (II Pet 2:2-3).

We teach that the rapture of the church will be followed by the fulfillment of Israel's seventieth week (Dan. 9:27; Rev. 6:1 - 19:21) during which the church, the body of Christ, will be in heaven. The whole period of Israel's seventieth week will be a time of judgment on the whole earth, at the end of which the times of the Gentiles will be brought to a close. The latter half of this period will be the time of Jacob's trouble (Jer. 30:7), which our Lord called the great tribulation (Mt. 24:15-21). I believe that universal righteousness will not be realized previous to the second coming of Christ, but that the world is day by day ripening for judgment and that the age will end with a fearful apostasy.

The Second Coming of Christ

We teach that at death the spirits and souls of those who have trusted in the Lord Jesus Christ for salvation pass immediately into His presence and there remain in conscious bliss until the resurrection of the glorified body when Christ comes for His own, whereupon soul and body reunited shall be associated with Him forever in glory; but the spirits and souls of the unbelieving remain after death conscious of condemnation and in misery until the final judgment of the great white throne at the close of the millennium, when soul and body reunited shall be cast into the lake of fire, not to be annihilated, but to be punished with everlasting destruction from the presence of the Lord, and from the glory of His power. (Luke 16:19-26; 23:42; 2 Cor. 5:8; Phil. 1:23; 2 Thess. 1:7-9; Judge 6 - 7; Rev. 20:11-15)

We teach that corruptive influences have always been working against the Church, the body of Christ. Along with anti-moral forces, We reject the man created philosophies of secular humanism, materialism, evolution, and feminism. This includes the influences of secular psychology. While some truths may be imprinted into what man can observe, basically, they are counter to the revealed truths of Scripture. More than a detestable lifestyle (Lev. 18:22; 20:13), homosexuality is hedonism which claims its own rights no matter what the consequences. Some churches are confused and say, "we don't have to accept the practice but we must love the person." When men and women blatantly jeopardize the lives of others and defiantly shake their fists at God and human authority, tolerance reaches a limit. Though God detests every sin, those sins that destroy human life, He moves against, giving them "over to a depraved mind, to do those things which are not right" (Rom. 1:28). If homosexuals repent before God and ask for forgiveness, as found only in Christ, they should be accepted and supported as changed individuals.

Christians must continue to fight against the socialization of homosexuality in government and education. Believers must also continue to witness about God's gracious ability through Christ to rescue even from the most detestable of sins. (Romans 1:18-32; I Corinthians 6:9; I Timothy 1:8-11).

We teach that in the body of Christ men and women stand spiritually equal and constitute the Church universal. We teach women have had and always will have their God-given gifts and roles within this body. Accordingly, as the primary role of believing men is to be husbands and fathers, so the primary role of believing women is to be wives and mothers. But modern secular feminism has destroyed the importance of these positions and blurred the differences between men and women. We encourage women to have personal ministries. But the Scriptures are clear that male leadership is called to the local church positions of deacon, elder, and pastor-teacher. No amount of debate can water down what the Bible says about the individual and distinct callings of both sexes, in regard to gifts and positions. We equally encourage women to study the Word of God but the role of pastor-teacher (preacher in a church setting where men are present) is Biblically reserved for men. (1 Tim. 2:9-15; 3:1-13; Titus 1:5-9; 2:1-8; I Cor. 14:34-35)